Greetings from East Africa!  We had a great day on Easter worshiping here in Kenya.  Our pastor pointed out in his sermon that the very first people to hear of Jesus' resurrection did not believe the reports - and they were the ones that had been with him when he said he would die and then be raised to life on the third day!  However, they did come to believe and with the power of the Holy Spirit they changed the world.  Today the same is true.  Those that do not believe today can still come to faith and change the world for his glory.  We must pray.

We shouldn't be surprised when we encounter unbelief.  The world is full of unbelief but we are called to be witnesses to the resurrection and how it has changed us.  We should expect and know that Jesus can and does change lives - even the most evil.

This past week has been a terrible one in Kenya - you have probably read about the terrorist attack at Moi University in Garissa.  149 students shot dead.  No words can describe what happened and the gruesome stories and pictures that have come from there.  We are heartbroken for the families all over Kenya who had sent their children to this university to prepare academically for a life that has been cut short.

Many were killed for simply being Christians.  We are encouraging those around us that there is hope in this life through Jesus for comfort and peace, and there is hope in the next life that Jesus will completely vanquish evil, sin, and all its effects.  Join us in praying for Kenya .... for its people, for their hearts, for their security, and even the terrorist living in its midst.  That some would hear the good news and turn from their wicked ways.

A SC pastor and friend emailed me and said he was praying that there might be a Saul - someone watching and approving of this evil that would be transformed by the grace of the Gospel and be a bold witness to the others of who Jesus is and what he has done.

We cannot give up now, we must know and find refuge today that the battle is won, that sin and its effect of death has been conquered on the cross by Lamb of God.  So we pray for Kenya, we pray for those who don't have faith in his resurrection, and we pray for his return - that he would not tarry to come and restore creation. 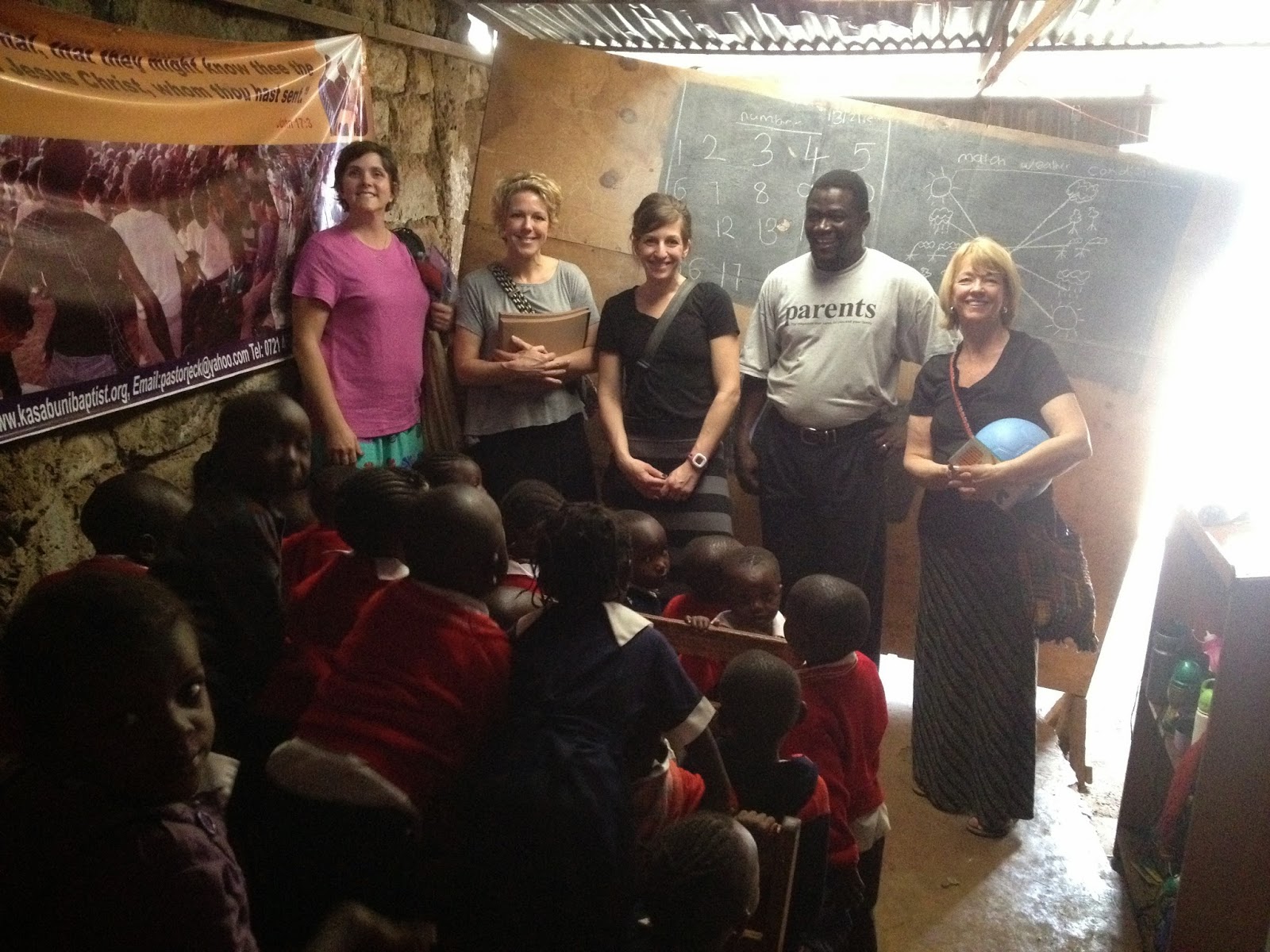 A lot of other stuff has happened since I posted an entry around Christmas.  We have had two teams come from America to serve alongside us and to support us.  The first team had three ladies from Roswell GA and Northside Baptist Church. They taught a women's health forum in a slum named Kasabuni, walked, talked and prayed for people in Githogoro, and visited with some teenage moms who had been abandoned with their babies from the families and communities. They were a tremendous blessing to both us and the communities we served. 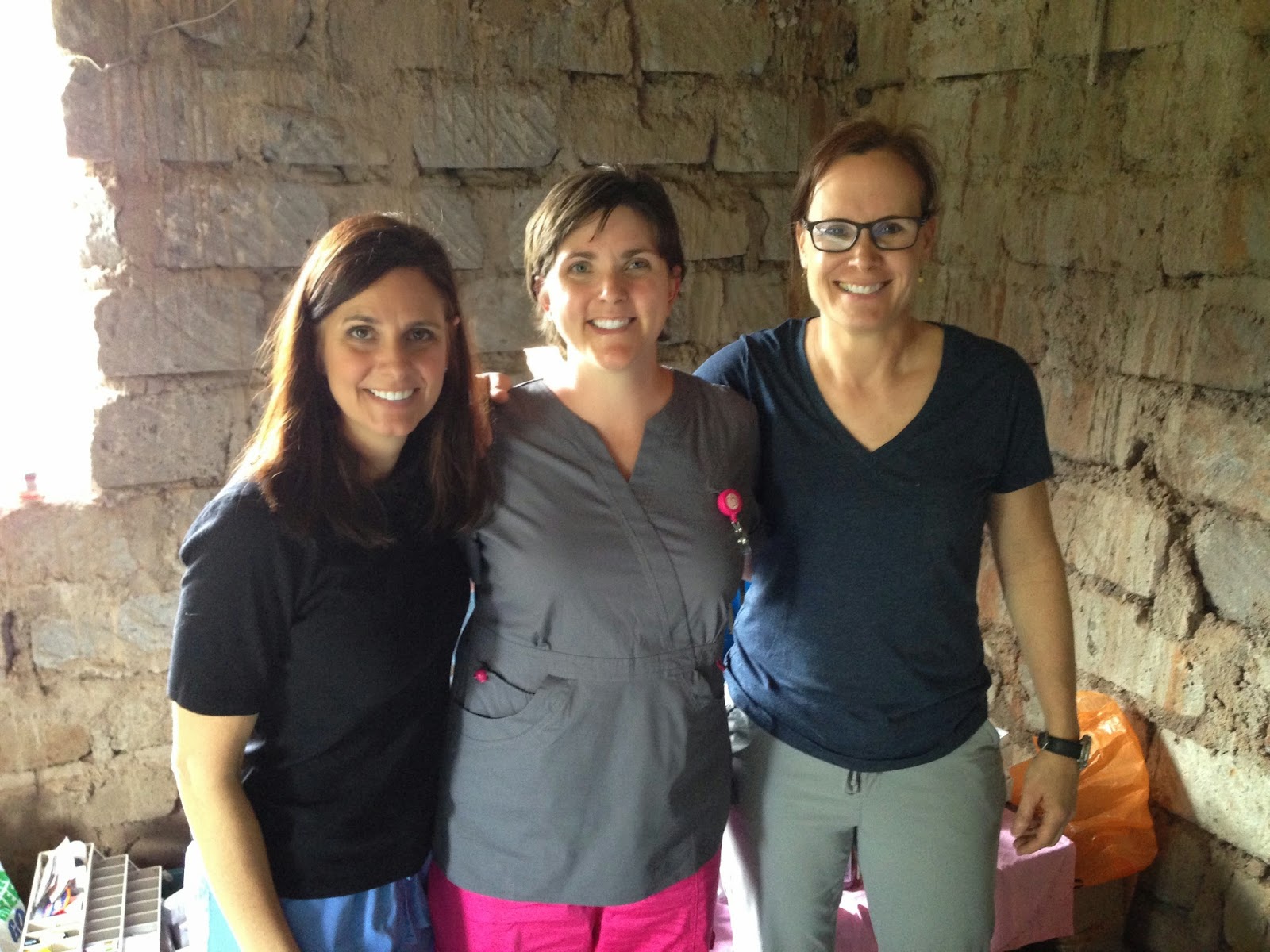 The second group consisted of Sarah's sister Kelly Satcher and their good friend Dr. Martha Hester, both from Columbia.  They brought their daughters and we held a simple medical clinic in a small village about an hour from Nairobi.  We also visited, prayed for, and walked the streets of Makadara, one of our ministry areas.  We met the chief and started some good relationships to build on.  In addition they also visited the young moms at the halfway house and met with some local medical providers to pick their brains preparing for future medical clinics to open doors in communities where we want to share the hope of Jesus and his resurrection.

In addition to the two teams that have visited us, Rainey, Asa, and I had a chance to go camping in the Aberdare National Park and had a great time in the wilds of Africa.  Below are some pictures of that time.

Thank you for praying, encouraging, emailing, and supporting out efforts here in Kenya.


Posted by Unknown
Email ThisBlogThis!Share to TwitterShare to FacebookShare to Pinterest